Months come and go with events some memorial and some to be forgotten. It seems amazing to me how life continues day after day with minor and major challenges. Overcoming and learning from trials seems a given. Making progress that is noticeable a daily concern.

Noticing your individual growth is sometimes only available in looking back at journal entries from the past. I have journals from 1974 that preserve my frustrations and triumphs to cope with life as a single parent then remarriage and a blended family-raising teenagers, and becoming a step mother.

Now I look at my posterity going through some of the same trials and experiences, and feel relief that I survived those years and pray for their success and learning as they meet some of the same challenges I faced. Here a link to a blog I wrote recently on "Helping children value family during divorce."
Posted by Lin Floyd at 6:28 AM 1 comment: Links to this post

Believe it or not...

I'm authoring several blogs about poetry besides this one on my activities. For info on how to submit for a poetry contest about Southwestern culture see
utahpoetry.blogspot.com/2015/09/enter-poetry-contest.html

For a calendar of  Dixie Poets workshops and activities for the month of October, see dixiepoets.blogspot.com

For a fun workshop next spring in Zion Park, see http://poetry-in-the-park.com

Then there is coming up soon The St. George Book Festival which will include the 6th annual YOUTH POETRY CONTEST. See stgeorgebookfestival.org for details. 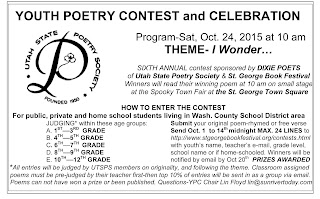 Doing all this while recovering from cataract surgery is keeping me busy....
Posted by Lin Floyd at 5:15 PM 2 comments: Links to this post

"Cataracts!" says the eye doctor
"Do you want surgery now or later?"
Immediately I say, "Later, much later."

Then the blurriness appears,
words that should be clear
are fuzzy as I squint at them.

Time for surgery, I conclude
as I return to the eye  doctor
with fear and trepidation.

"It's a simple operation," all say.
"Piece of cake, and you'll be thrilled
with the results." That doesn't stop my fears.

Soon I am laying flat on a gurney,
oxygen tubes in nose, IV in arm,
blood pressure cuff inflated.

Patches on my chest, meters measuring
my blood sugar, being reassured
by a nurse, "This is the worse part."

But then comes the moment of truth
when I am wheeled into an operating room
a nervous wreck, but there none the less.

I don't remember seeing the doctor,
but he tells me afterwards, he was there
in disguise. "Disguised as what I ask?"

All I can remember is my face being
covered with a cloth with an eye hole,
then after some anesthesia, it was over.

Wheeled back to recovery, I'm still
alive. Thrilled, I survived my first eye
surgery, only one more eye to go.
Posted by Lin Floyd at 6:00 AM 2 comments: Links to this post

From BLURRY to VIVID

Amazing what eye surgery can do for your eyes. After successful cataract surgery I can now see 20/25 in one eye but still need glasses to read up close. What an improvement... 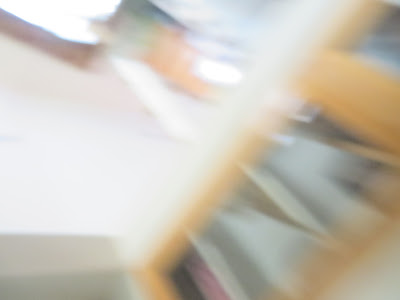 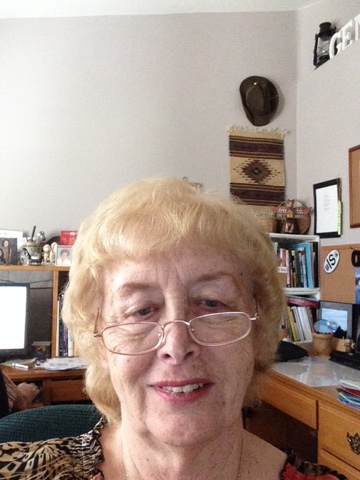 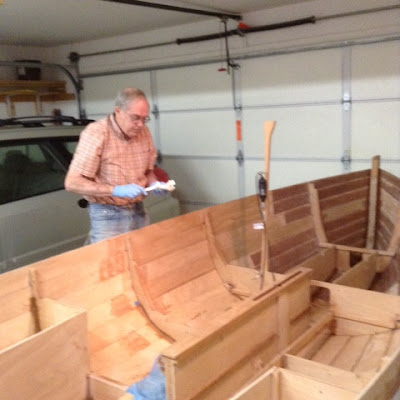 Hubby is still working on his boat but gets tired of working on it everyday-it's more of a job than a hobby. I suppose the fun part will come when he gets to take it out for its launching!
Posted by Lin Floyd at 10:00 AM 4 comments: Links to this post

The day is here!

As I'm getting older, so is my body. Today I'll have cataract surgery on my left eye then in two weeks...the other eye. Let you know how I get along. Will be wearing a patch over my eye for the first day so I'll look like a pirate. It's quite a common surgery these days with the distorted lense being replaced by a new plastic one that improves your eyesight. This is all new territory for me but with prayers, and faith in a good outcome, I'm off to the eye clinic!

SURGERY SUCCESSFUL.  NOW TO RECUPERATE! In two weeks, the second eye will be done. 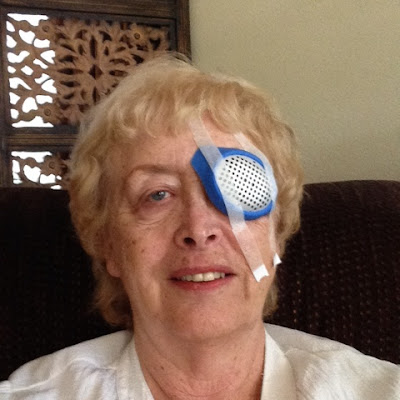 Posted by Lin Floyd at 9:20 AM 5 comments: Links to this post

I always enjoy driving in the Utah mountains when autumn begins with red oak bushes and yellowing  Aspen trees. I visited my 95 year old aunt and took her for a ride up Santaquin Canyon-it was fun!

Posted by Lin Floyd at 8:00 AM 4 comments: Links to this post

Just returned from a trip to visit family in Northern Utah and attend a Poetry leadership meeting plus attend an Icelandic Genealogy conference. A whirl of activity-enjoyable but exhausting. Think I may have to slow down a little now that I'm 75! Lots of memories from BYU starting 55 years ago!

Posted by Lin Floyd at 9:52 AM 4 comments: Links to this post

Been busy this week-remembering my great grandparents at an Icelandic reunion at BYU then being with my sons Dan iel and Jeffrey and their families plus visiting my 95 year old aunt. It's been ALL about FAMILY!

Posted by Lin Floyd at 6:30 AM 2 comments: Links to this post