Courage in all things 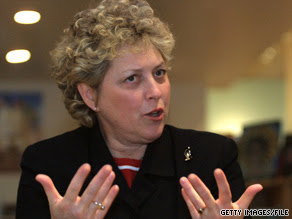 Read this fascinating article online at cnn.com about the woman doctor Jerri Nielsen who recently died of cancer. She was the one who discovered in 1999 that she had breast cancer while isolated at the South Pole on assignment with nowhere to go for treatment, so she treated herself. They were able to parachute chemotherapy medicine to her and then airlift her out in very dangerous conditions.
She returned home to the states, completed her cancer treatment, married and wrote a book about her experiences. Then cancer returned to her bones and later her brain, she died recently. Several quotes from her lectures and writing were so outstanding I wanted to capture them for us all to ponder whatever our life's challenges:
I'm not afraid of death. I've come to accept it as being part of life, and I think I've come to accept it earlier than my years because of what's happened to me." She said that after learning her cancer had returned, "after about three weeks of going through a kind of terror, I felt the most incredible peace come over me. Now I am very happy and excited about going forward with my life. The metastatic disease is now just another part of me, another thing that has happened to me."
"She was always upbeat," Diana Cahill said. "She never really dwelled upon her illness. She told people to live every day, and it was about what kind of life you lived. She was really inspirational to a lot of people around the world."
Posted by Lin Floyd at 6:09 AM