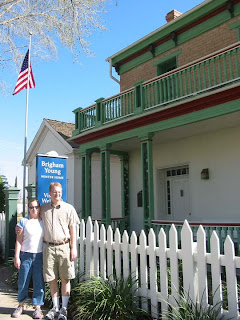 It's interesting how you come to appreciate your hometown more when you show family visitors around. Taking the time to really look and see what you daily take for granted can be enlightening. We've had fun showing my son Jeff and wife Rachel around our area's historic buildings which includes Brigham Young's winter home.

He was the second prophet of our church after Joseph Smith. Brigham was a modern Moses who led the Saints to safety out of the United States from Nauvoo, Illinois into what became the territory of Desert and later the state of Utah. When Brigham was in his 70s he discovered how delightful the winters were in Southern Utah and decided to spend his winters in this area after the advent of the telegram that made it possible for him to communicate with other church leaders  up north in Salt Lake City. Here's a photo of Jeff and Rachel in front of Brigham Young's winter home––he was our first snowbird. It was 80 degrees today and delightful. 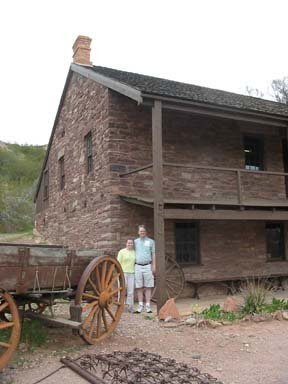 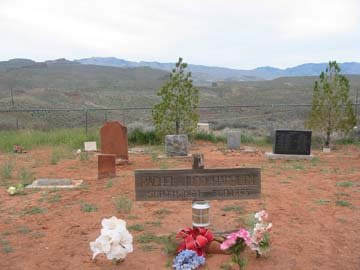 Jacob Hamblin's home in Santa Clara. He was a Mormon missionary to the Indians of this area in 1860s. We toured his home and enjoyed hearing the story of his life. The pioneer grave is of his wife Rachel Judd Hamblin who is related to my new daughter-in-law whose maiden name is also Rachel Judd.


Then we traveled to a nearby area of Kayenta where there is a fun art village. See photos below. 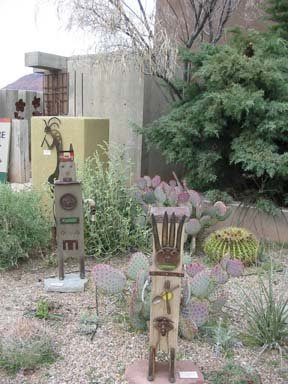 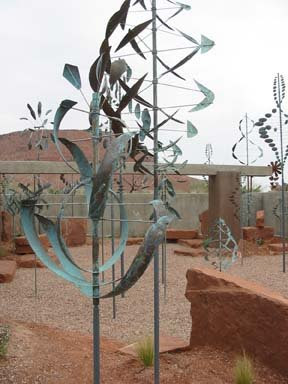 A bunch of twirling windmills.
Posted by Lin Floyd at 7:00 AM