A Day on the Town

So happy to have my friend Caryn back from her short vacation up north with family for Christmas. We are long overdue for a day on the town-shopping and dining at Red Lobster and talking up a storm.

Posted by Lin Floyd at 7:11 PM 2 comments: Links to this post 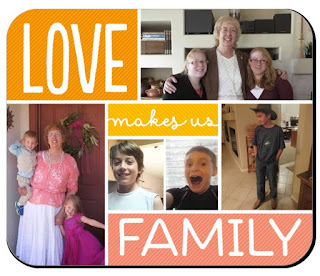 Posted by Lin Floyd at 6:02 AM 2 comments: Links to this post

Merry Christmas to all the family, those we came and those
we thought about and missed being together. Love you all. 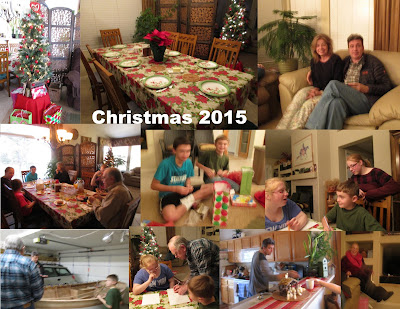 Posted by Lin Floyd at 2:38 PM No comments: Links to this post

Birthday of an American Prophet 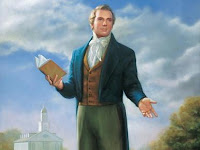 Joseph Smith was born in Vermont on Dec 23, 1805. If he were alive today he would be 205 years old, but unfortunately he was martyred by an angry mob in a jail cell in Carthage, Illinois awaiting trial on trumped up charges.

I have been privileged over the years to follow in his footsteps from Sharon, Vermont to Palmyra, NY to Kirkland, Ohio to Liberty Jail in Missouri to Nauvoo, Illinois and finally to the Carthage Jail in Illinois. Most of my ancestors were Mormon pioneers from the eastern states and European nations that came to this country seeking religious freedom after being converted by early church missionaries. 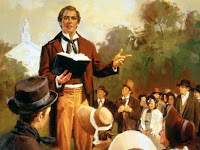 If you want know more about this amazing man who restored the primitive church to earth after the great apostasy spoken of in the Bible, see josephsmith.net It all started when as a young boy he wanted to know which church to join as his parents had joined two different protestant faiths. There are now over 15 million Mormons or members of the Church of Jesus Christ of Latter-day Saints throughout the world with 150 operating temples. See video.
Posted by Lin Floyd at 6:00 AM 1 comment: Links to this post

Solstice and the need for light in our lives 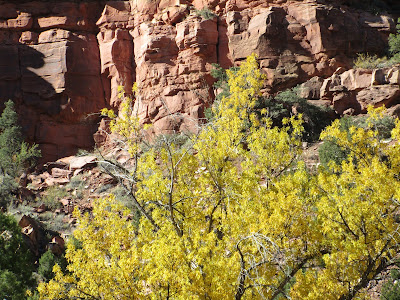 My hubby complains of the constant sunshine in St. George most of the year, but when we get a dark, cloudy day like today, he wonders where the sun has gone. We all need LIGHT in our life daily.

Other's optimism and compliments can give that to us. It's too easy to judge and criticize rather than build one another. Looking for the light in our lives is so needed on this day of darkness.

Look forward to the light that will come as we progress towards SPRING...

I just received a lovely email with kind words from a new friend that I made last year at Poetry in the Park. Susan said, Thank you so much for all you do for writers and poets. Your energy and authenticity and wisdom inspire me.

Posted by Lin Floyd at 6:34 PM 4 comments: Links to this post

Still in the recuperating mode but doing better after one scary afternoon of not being able to see with one eye after my injection. The treatment I received seems to have made a difference. I'm so impressed with my new eye doctor who lives in Las Vegas, Nevada but comes to St. George once a week. I was referred to him by my cataract doctor. I've had two personal phone calls this week from my new doctor to see how I'm doing. That was amazing, and helped me have confidence in his abilities and interest in me as a patient.

So now I'm trying to use this experience to pull together a poem filled with eye expressions or looking. Help me out by leaving some you've heard in a comment. Here's what I have so far...

Posted by Lin Floyd at 8:46 PM 2 comments: Links to this post

Life and Its Challenges

Another day, another challenge as my eyes are dominating my existence these days. Sight is something we take for granted until something happens to bring it to our attention. Mine was cataract surgery then recovery with blurred eyesight in one eye. Not correctable by new lenses, a deeper investigation brought about the discovery of swelling in the retina of my left eye probably brought on by old age-I am 75, and having high blood pressure and diabetes.

A trip to a retina specialist yesterday brought some relief in the form of an injection into my eye of medicine to correct the swelling. The result was scary as I couldn't see at all from that eye afterwards. But rest and time have changed that and I feel more hopeful today as my eyesight in that eye is slowly returning. However, I will need to continue the shots monthly. Scary thought but necessary. Don't take your eyesight for granted!
Posted by Lin Floyd at 9:30 AM 5 comments: Links to this post

Posted by Lin Floyd at 6:00 AM 2 comments: Links to this post

My youngest son is 33, happily married to Rachel, father of two adorable grandkids: Lorien almost 6 year old in kindergarten and Eddie 3 yrs old in preschool. The years have certainly flown by as the photo collage testifies. Happy Birthday and many more to Jeff! 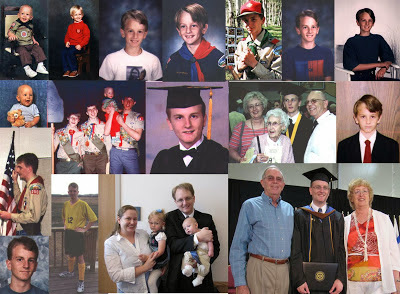 Another day trip in our red rock locale

Posted by Lin Floyd at 6:00 AM 3 comments: Links to this post

Eight years ago I bought a bunch of old baskets from our local thrift store to put on some empty ledges in my kitchen. Never really liked them and so I decided it was time to redecorate. Getting all those baskets down was easier than putting them up. I just used a broom handle to hook their handle and bring them down to my level. They went back to the same thrift store.

It's been too long since my BFF CARYN was in town. She's a snowbird and left last May-that's 6 months ago. So we were quite overdue for a lunch together-went to Olive Garden today for our favorite soup and salad, then shopping in nine different stores. Fun but exhausting. She's here till May 2016-HURRAH!