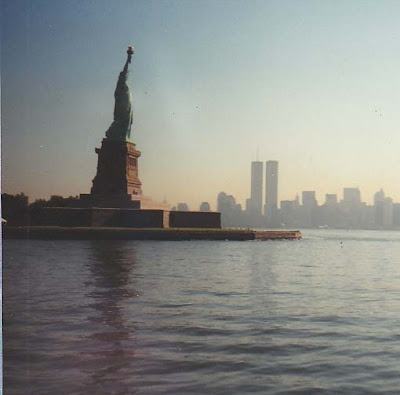 Today I'm posting some photos from my very memorial trip to New York City ten years ago this summer 1999 to be exact. Before the 9/11 event that forever changed our history and the skyline of that famous city. 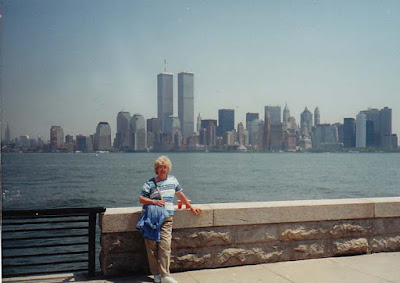 I went there with two of my sons Daniel (his wife Tina and their two newly adopted twin daughters), and my youngest son Jeffrey. We had two days and a night and managed to see quite a bit-the Statue of Liberty-we climbed up to the crown, Ellis Island, Empire State Building, Central Park and just enjoyed walking the streets of this famous city. I didn't realize what the future would hold for our country when just two short years later the twin towers would be destroyed and so many thousands of American lives lost in a senseless terrorist attack. 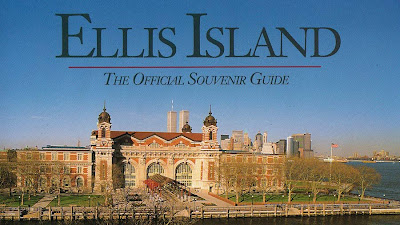 Probably most touching to me was the visit to the Ellis Island immigration center where so many immigrants came with cherished dreams to start over in America and make a new life with their families. See more info on their website.
Posted by Lin Floyd at 8:06 AM