Posted by Lin Floyd at 9:28 AM No comments: Links to this post

Sunshine, 50 degrees, peaceful...presents delivered, cards mailed, groceries bought and we're settling down for a long winter's nap at home. No mad freeway traffic or bad weather road to contend with just peace and home and us. Missing family but they are all busy elsewhere. 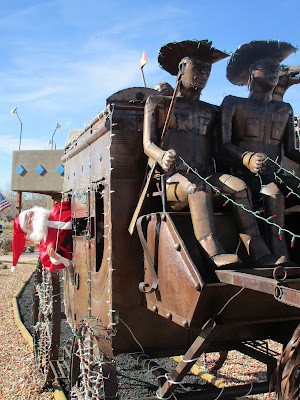 MERRY CHRISTMAS TO ALL AND TO ALL A GOOD NIGHT

Posted by Lin Floyd at 10:29 AM No comments: Links to this post

with hubby to a new eating place that Sarah who lives in Seattle told us about. It's called Rositas Santa Fe Kitchen in Zion Park.  Just opened and the food was tasty although an hour's drive away, but we combined eating with a walking experience in the park. Not crowded there as everyone is out shopping for Christmas. A refreshing day away from home with sunshine and 60 degrees. 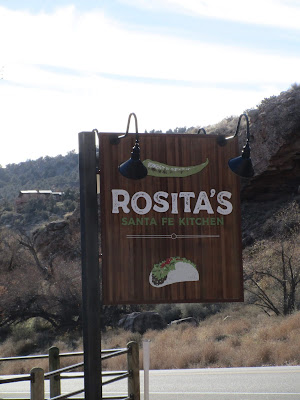 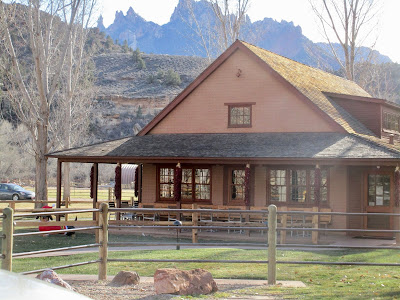 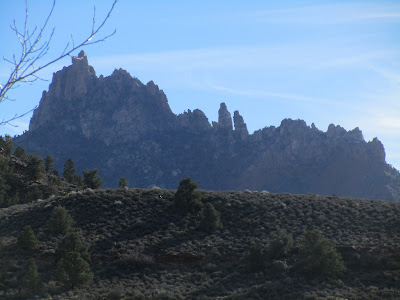 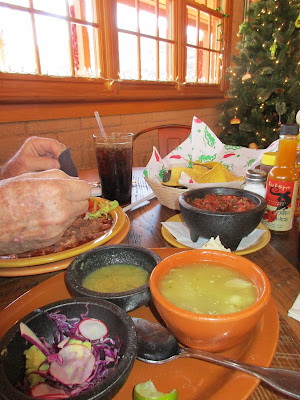 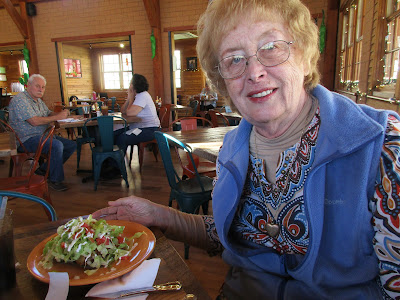 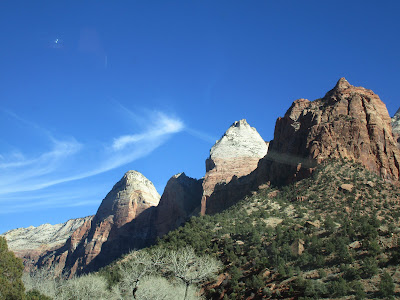 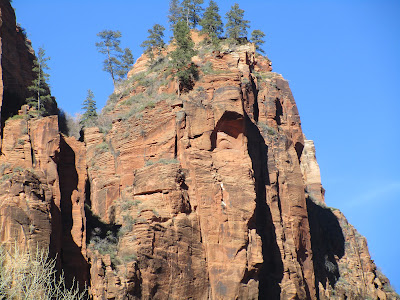 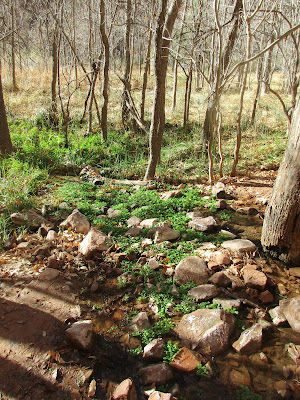 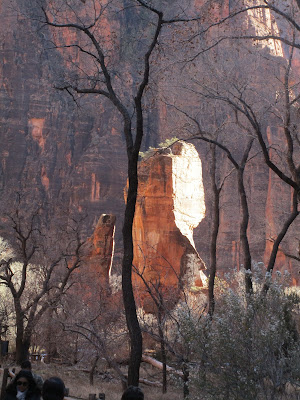 Posted by Lin Floyd at 6:56 PM No comments: Links to this post

My writing group got together to celebrate the end of our 12 week class on creativity with a pot luck luncheon and sharing at Angela's home.  We chatted and caught up on our busy lives and projects.


Posted by Lin Floyd at 3:37 PM No comments: Links to this post

May this day brings happiness to your life as you care for your family with love, commitment and honor. Love you lots, Mom 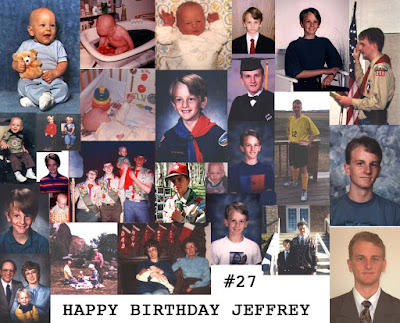 Posted by Lin Floyd at 9:35 PM No comments: Links to this post

The house is decorated, presents delivered or mailed, Christmas letters mailed, now it's time for the many parties of this time of the year: Daughters of Utah Pioneers, Dixie Poets, RS Lunch Bunch, Branch party without end. Lots of good food and opportunities to socialize.


Posted by Lin Floyd at 6:56 PM No comments: Links to this post

My aunt Ethel who recently died at age 98 was at THE PEARL HARBOR DAY. Here's her experience in her own words from a life story I compiled many years ago:


We were part of history in Hawaii 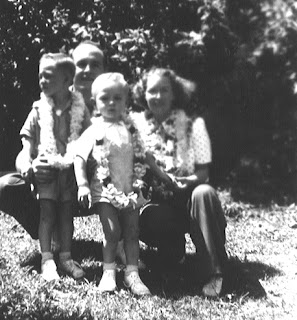 A year later on Oct 11, 1941 the boys (sons Albert and Bill) and I sailed for Hawaii on the USS Lurline from San Francisco to join my husband who was working for Morrisson and Kanootson in Hawaii... It was a great experience being on a big ocean liner and going First Class.  Sonny (my husband) met our ship a couple of hours before we landed. When he came to our state room, his arms were filled with beautiful leis and we were happy to all be together again as a family.

We were still living in Honolulu when the Japanese bombed Pearl Harbor on Dec 7, 1941. What an experience! It was a Sunday morning and Sonny was working graveyard and not at home. We heard sounds like loud thunder and soon after this Sonny came home. He had seen from the top of the hill where he worked the Japanese planes bombing Pearl Harbor. At first some of the workers thought it was a practice bombing raid, but then there were real explosions and fire. Prayer was the first thing we thought of. Sonny had us all lay on the floor in the bedroom and hold hands while he said a prayer for our protection. Then we packed some diapers and canned milk and headed to Red Hill, the only underground tunnel on the island that was to store fuel tanks for the armed forces. We were served lunch there in the mess hall and stayed there till things calmed down and then went home. 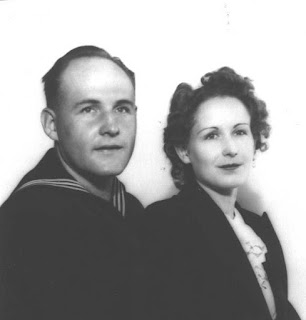 When we went to get some groceries, the cupboards of the stores were bare as everyone was buying up all the food to store. A house nearby us was hit with shrapnel. We were told not to wear blue, because that is the color the Japanese were wearing and they would be looking for any Japanese that might have landed. That night Sonny took us next door, before he left for work in the dark.

There were three families from Hickum Field sleeping there. The only available space for us was on the kitchen floor, so that is where we stayed for the night. Trenches were dug in the park and on school grounds, etc for protection. We built a trench in our yard for an air raid shelter and one day soon we had to use it. I was cooking lunch, when the air raid alarm sounded, so we took our food with us and jumped into the trench. We stayed until the all clear signal was given. Across the street from us some people were killed from shrapnel. It was a time of fear and panic.

Later, we went in together with our neighbors and built a large better air raid shelter with food, water, medicine, clothing and flashlights. etc. We kept gas masks with us at all times and charcoal and soda on a cloth handy in the kitchen for the children's nose and mouth in case the Japanese dropped poisonous gas. Our homes had to be blacked out at night. We put thick black paper over the windows and had to turn out the lights whenever the door was open. You would get a ticket for black out violations if your car lights weren’t masked painted black with a little round hole of blue in the middle. You had to have a special pass

to be out at night. We had several air raids after that, but no more bombings.

Albert’s third birthday was the day after the bombing. We had several air raids after that but no more bombings. Everyone wore an ID bracelet in case of bombing deaths. It was scary when we had an air raid, not knowing what was going to happen. One day we had left the boys with our landlady and went to the movie show and there was an air raid. We rushed home after the all clear signal and found all well with the boys and our landlady who was babysitting them. 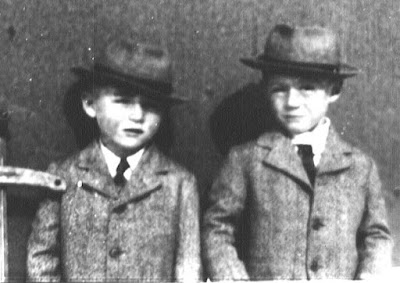 In May of 1942 Albert, Bill and I were evacuated in a convoy of 14 ships. We had to carry our life jackets with us all the time. Only at night we took them off and placed them at the bottom of our bed. We had to know which lifeboat we were assigned to and how to get there whenever we had an an alarm. It was a five day trip from Hawaii to San Francisco but we took 14 days because we zigzagged our course home. We arrived at San Francisco in June. After staying to visit with Norman and Gladys for a day or so, we boarded a train and went to Los Angeles to see Les and Esther. Then on to Utah where we stayed until Sonny was able to come home.

Posted by Lin Floyd at 4:38 PM No comments: Links to this post

It's my mom's birthday # 102 today if she was still with us. i dreamed of her last night and since I can't send her a birthday card-here's celebrating her life and all she did for her family-me included. 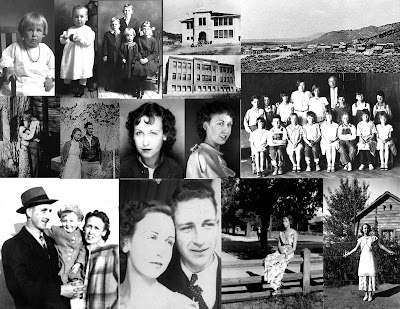 1. Born in Silver City, Utah-now a ghost town near Eureka.
2. First in her family of 5 siblings to graduate from high school in Eureka, Utah
3. First woman in Utah to get her license as a ham radio operator, my dad her boy friend taught her how to do morse code and set up a station in her family home so they could talk. He lived about 100 miles away in Stockton, Utah.
4. Secretly eloped and got married to my dad while out for to a dance she told her mom. They both returned home to their parents and didn't reveal their marriage till weeks later.
5. Lived all over the railroad in humble stations while my dad pursued his career as a dispatcher.
6. Became a widow at age 27 when husband killed in private airplane crash, raised one child-me almost 5 years then
7. Worked as a secretary for Union Pacific railroad in Milford. moved to SLC, then to Eureka and worked as a telephone operator.
8. Moved to So. California, transferred her job, bought a trailer and we lived with her sister Esther and then in Pete's Trailer court.
9. Remarried in 1958 to Earl Blomberg-WWII Veteran, retired, traveled the US and settled in No. California Grass Valley where he built them a home.
10. Movedot UTah to be with family and grandkids in 1979, lived there till her death in 2007 enjoying family visits, get togethers and especially Sunday dinners. NOT TO BE FORGOTTEN!
Posted by Lin Floyd at 10:56 AM No comments: Links to this post